So I am native to a state that borders the international line between Mexico and the United States. I’ve had a few adventures across the border, or rather, in trying to come home crossing the border with the Twinergy; but nothing really notable. Okay – maybe that time I went to Nogales / Sonora with a friend and her dad where I got the pouring-rain-wet-tshirt-contest-discount for my Virginal Mary garden statue that I shamed out of a marketeer who gleefully enjoyed the view during a surprise monsoon!  Other than that, nada.

And another dear friend has decided we should rent a villa for the fams in the upcoming fall season so as to splendor on a Mexican beach, which I think I would greatly prefer over attending my 20th high school reunion.  However, we have come to learn that it is, in fact, too dangerous to travel in parts of Mexico right now.  Particularly the portions of Mexico that border our nation.  And, being the large thinker that I am, I began wondering why this is so.  Why now is it too dangerous to travel in the regions of Mexico that I could get to by a days’ drive?  I think I’ve come to some conclusions though they make me feel kinda gross (as an American) and sad for the whole region beginning on the Mexico side of the border and into our own. What I’ve heard of the troubles in Mexico has made it out of the region, half-way round the world and back to my current locale because the local news coverage is largely interested in plastic topics spun from plastic surgeried lips.  I have to decode the international news from an hour airing of the BBC variety when I’m lucky enough to catch it.  Also, I have heard some word-of-mouth type newsiness from friends and acquaintences that only enlarge my concerns for the area.  But when it comes to getting a clear report on the state of the Mexican state, it is quite difficult to come by, though it is less than 200 miles from my door!

Mexico is experiencing a surging crime wave.  Unfortunately it is not a property sort of criminality that might profit some at the cost of others who, in turn,  might be better equipped to afford the losses.  No, this surge consists of violent crimes and seems to be related to significant drug trafficking.  The drug lords have basically moved into the regions most directly on the line with our national borders and have moved about, by force, people who do not want to participate in the new local economy.  “Location, Location, Location!” is a hallmark of any good business and druglords or no more foolish than the next corporate brain – they might be even more savvy in having to strive outside of the mainstream to be successful.  To put this in some context, prior to our own economic meltdown, drugs had been passed across the border with some ease (let’s not kid ourselves – there has been much documentation on the failing “War On Drugs” for a long time, so my leap to this conclusion is not a novel one).  But lowlevel drug traffickers are being forced out of the United States by lacking regular employment.  Those daylaboring and low wage positions are now being taken up by the squished and marginally educated middle class of the region who are now treading hard to keep a hold on their own American Dream which is fast being foreclosed upon as I write this.  Drugtrafficking might get a person a sweet ride, but it is not steady employment and one needs supplemental dayjobs to pay the rent regularly.   As of late, said jobs are no longer being given to persons without citizenship status who likely have roots deeply entrenched in Mexican soil.

Just as the crumbling economic quagmire is shaking down the slim veneer of realestate-as-investment model here in the sunbelt, those same tremors are spreading, driving the leaders of the drug trade to ruin too.  And these are not folks who are going down quietly.  In order to continue business, they are relocating to areas where it is easier to access their consumers.  WalMart has taught the world a valuable lesson in cheap labor and distribution.  While legitimate businesses have helped to secure the money meltdown that is currently raining on us, the illegal markets have also taken note.  Drug traffickers need to be on the border, closer to U.S. citizens who are now desperately looking for some extra cash – legal or no – to stay in their homes and provide for their families.  Up until recently, traffickers did not need to invade the border region of Mexico, thereby displacing the community there.  Now they do.  What drug traffickers had been able to do was buy cheap american homes across this entire border region and use the area to smuggle drugs to and fro with ease.

Most interestingly about this phenomenon is that I am a middle-class whitish housewife who speaks bad Spanish at best.  My growing up in this region, watching the likes of pink-pantied sheriff attracting national attention for dubious deeds has afforded me a birds’eye view of the spectacle as it has unfolded.  I am not in the drug trade and no one I know is in the drug trade (I hope!).  However, the economics of the community ride on what sells and in this region, dirtweed is king.  So it is with great sadness that I will, once again not be visiting Mexico anytime soon.  I really have no interest seeing touristy spots created for the sole purpose of snaking U.S. currency.  All the people who visit there are white and the locals speak a Spanish that even I can understand – I really wanted, since I was young, to see Mexico.  I live in a resort town already and do not need to fly hundreds of miles to visit yet another.

At the end of the day, I figure we need to address the disparity between poor and rich that has been growing exponentially over the last few decades.  A factor that I think we can safely blame on “trickle down economics” for the failing. And I think maybe we should collectively get over our communal nonsense about illegal drugs – we fan the flames of danger with failed drug policies.  Finally, I think we should rid ourselves of opportunistic pink-sheriffs (and the like) who do more harm than good.

In my lifetime, I would like to see Mexico as it is rather than from the day pass of a cruise ship. 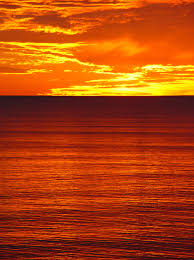